I know I say that all of our fosters are the best, but for the first time we were actually really close to foster failing.

I “picked” Jughead (re-named buddy because, let’s be honest, Jughead is just a dumb name) as our next foster back in early December.  In his “help me” photo it said he was 1-2 years old and 30 lbs, but all I saw was this cute little puppy face looking back at me!  He was the perfect size for Stella and Luke and I are generally drawn to hound mixes so it seemed great! 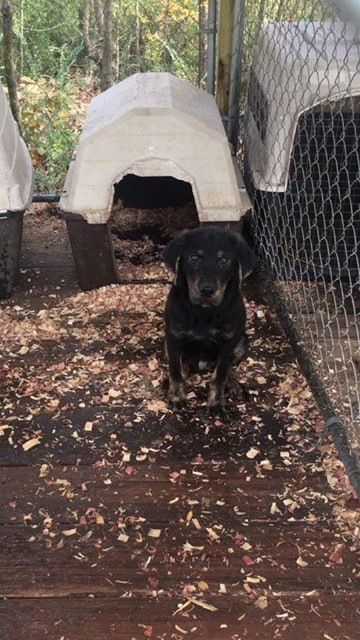 He was supposed to ride to MN from a shelter in Arkansas on December 16th with some of his other friends, but the poor little dude tore his toenail and had to be sedated, which meant he missed the “freedom ride.”  They don’t have rides going from Arkansas very often so they didn’t think he would be able to come to MN for at least a month.

We were all set to foster and another pup from the same shelter didn’t have a home so last-minute we brought Winnie (formerly known as Shirley Temple – again, dumb name) home on the 16th. 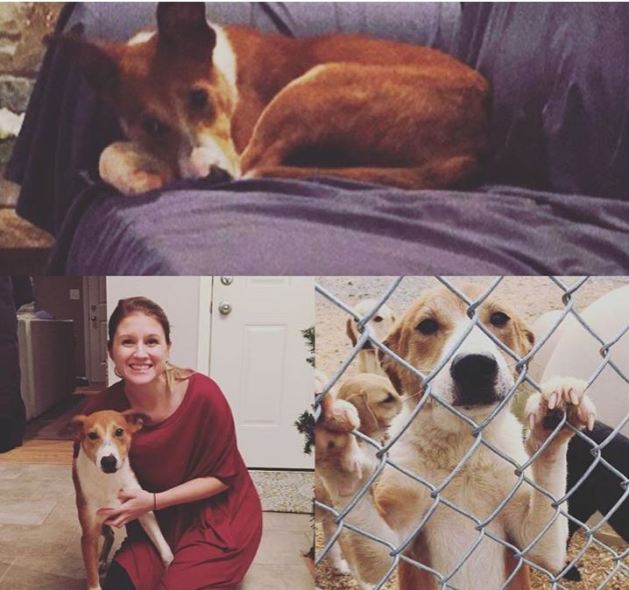 Winnie was a very sweet, calm dog but only ended-up being with us for only four days.  A lovely young man ended-up taking her as a foster-fail – she is living the artsy life hanging out with him all day at a Children’s Theater (CUTE)!

Conveniently little Buddy was able to catch a freedom ride up north that same week, so finally he came to us the Friday before Christmas.

At first he was extremely docile and scared.  He essentially didn’t move from the same spot on our rug for two days unless we fed him or picked him up to go outside, etc.  We were kind of wondering what we had gotten ourselves into!  Also unfortunately for buddy, it was Christmas weekend so we threw him right into the Tucker family gathering.  He went to my sister’s house (with two other dogs and a baby) and still basically stuck to his dog bed the whole day. 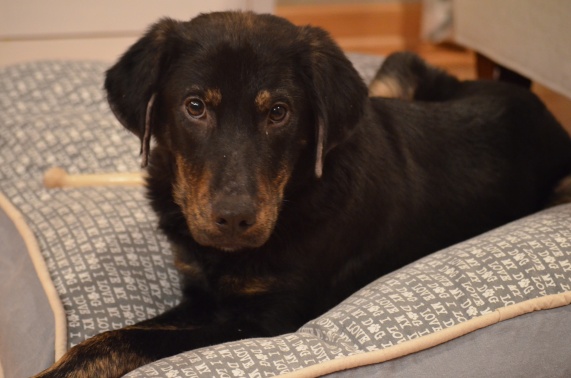 It wasn’t until around day 4 that he started to come out of his shell, and immediately he bonded with Stella – they play SO WELL together!  We hosted a party for New Years and had 3 other dogs at our house plus several people and kids, and he did great!

He is now all goofy/playful/clumsy personality, housebroken, and has learned to sit nicely for food/treats.  He sleeps nicely on his bed at night and after an incident with his kennel one day (photo below – I’m not even mad, more impressed!!) he hangs out in a room with Stella all day without accidents. 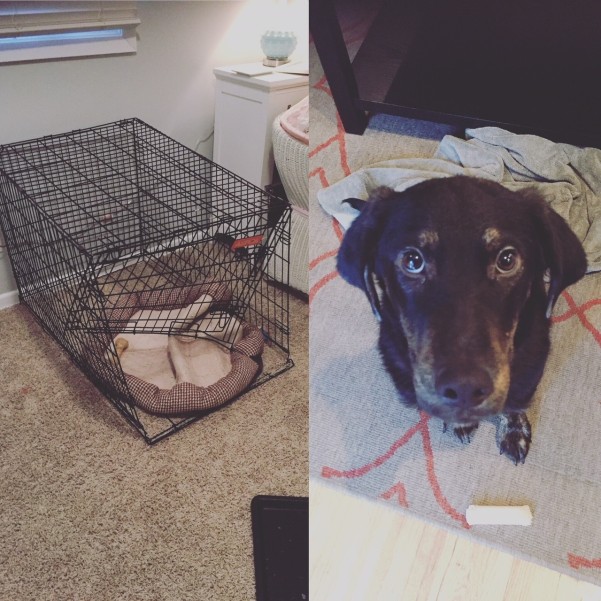 Quick sidebar on his daytime activities – I purchased a Nest on black Friday for future baby Fox.  It essentially streams live video via a phone/tablet app with sound (and you can talk back to it too!).  I decided to try it out on the dog’s room the other day and O.M.G. it is SO entertaining!  Stella basically sleeps in her cozy cave all day, and when buddy isn’t roaming/whining/bugging her he also calmly sleeps on his bed.  Amazing how fun it is to watch nothing happen all day :).

So despite being obsessed with this little cutie, with baby Fox coming this spring it just probably isn’t the right time to get a second dog.  So Buddy is still adoptable via Secondhand Hounds and would be the perfect family/brewery/go anywhere dog!

Who is looking for a new family member?!