Happy Thursday (and almost Holiday weekend)!  I don’t know about you, but the week before a holiday I am DRAGGING.  The days seem long and I’m counting-down to the weekend.  So when I got a text with the world’s most adorable picture (below) my day and week was made and I felt the need to share the love! 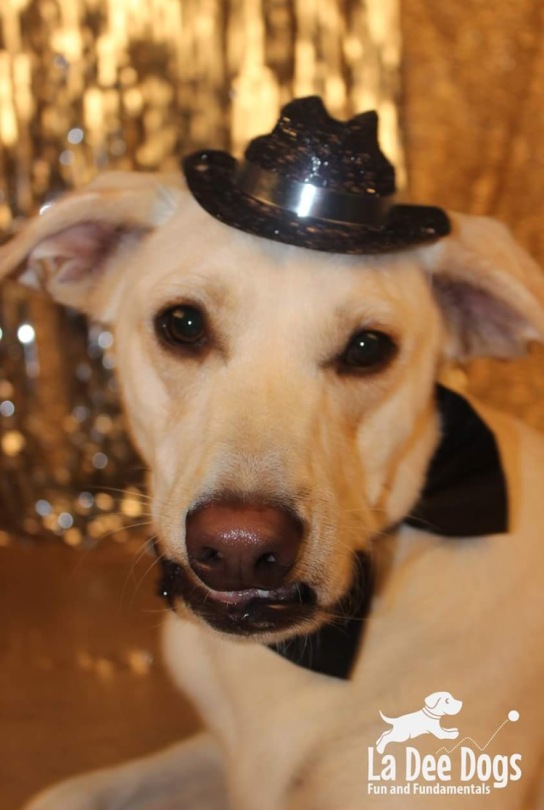 A photo of Chance from his foster – he attended doggie “prom” at his doggie daycare!

This is a photo of Chance from our first round of foster pups – in a tiny hat.  with a bow tie.  attending “prom” (too much cuteness!!!).  Apparently his new fantastic owners are out of town so brought him to Doggie Day Care at La Dee Dogs in Waite Park, MN where they hosted a “Doggie Prom.” I feel like this photo couldn’t get any better!

We of course haven’t forgotten about Mr. Roogs.  It has now been almost three weeks since we said goodbye to our most recent foster pup, Reuger (now Eddie) and many have asked how he is doing.  I made it one whole (almost) day without checking-in and his new family has been great about putting my mind at ease.  As expected it took him a few days to settled and “pep up” but now he is doing great!  She takes him for walks daily which he loves, and he enjoys having the entertainment of her two boys.  He of course has been a snuggle bug with them and is just as food motivated as ever (he got into the cat’s food)!

She also managed to get a photo of him where he doesn’t look miserable (he is notorious for sad face photos) so I’d say he is doing great!

These updates make me SO happy, and I’m lucky so far the adoptive families have kept me (and all of you) up-to-date on these fantastic dogs!